2020 marks the sixtieth year of innovative design and manufacturing for JN White®. Founded in 1960, what was known then as J.N. White Designs began in a spare bedroom of my father’s childhood home.

James Neel (“J.N.”), my grandfather, was born in Perry, New York and on December 28, 1942 he enlisted in the United States Airforce where he became a P-51 pilot in the 352nd Fighter Group. Post-war, J.N. returned to Perry and, as he once wrote, “We [veterans] wanted to make our life’s work by doing what we liked to do. [For me] that was artwork.” He founded his business doing what was naturally fulfilling to him — designing and screen printing labels. After expanding his workshop to a 4-car garage, he moved his business to the former Perry Knitting Mill in 1970 and hired three employees. In 1975, J.N. White Designs expanded again and moved to its current location. While J.N. was a sales representative, designer and manufacturer, his wife, Betty, managed the company’s finances and payroll.

In 1987, Randy, the third son of J.N. and Betty, left his position as New Business Development Manager for Lego Systems, Inc. to join J.N. White Designs, and hired Ken Boss who is the current Vice President of Sales. Randy and Ken created a niche market in prime labels and continued to grow the company’s customer base. 1989, J.N. and Betty retired and Randy became President & CEO. That same year, Randy’s wife, Susan, joined him in the business as Vice President of Administration.

Through organic growth and acquisitions, the company continued to expand over the years:

What began sixty years ago as one screen printer in the spare bedroom of a home is now a team of 100 people who engineer and manufacture membrane switches, graphic overlays and labels for brands around the world.  JN White® is poised for future growth enabled by continued investment in our team, in our lean processes and in new equipment. Throughout the year we will share the human side of our business — both of teammates and of our customers. If you’d like to participate, I’d love to hear from you. Stay tuned for more!

Teagan White is the granddaughter of J.N. White and daughter of Randy White. She has been at the company since 2014 working in Marketing.

Jason Aymerich, Guest Blogger   The situation with the COVID-19 pandemic has continued to evolve over the past couple of weeks. As you may be aware, the Governor of New York State has issued an executive order to close 100%… 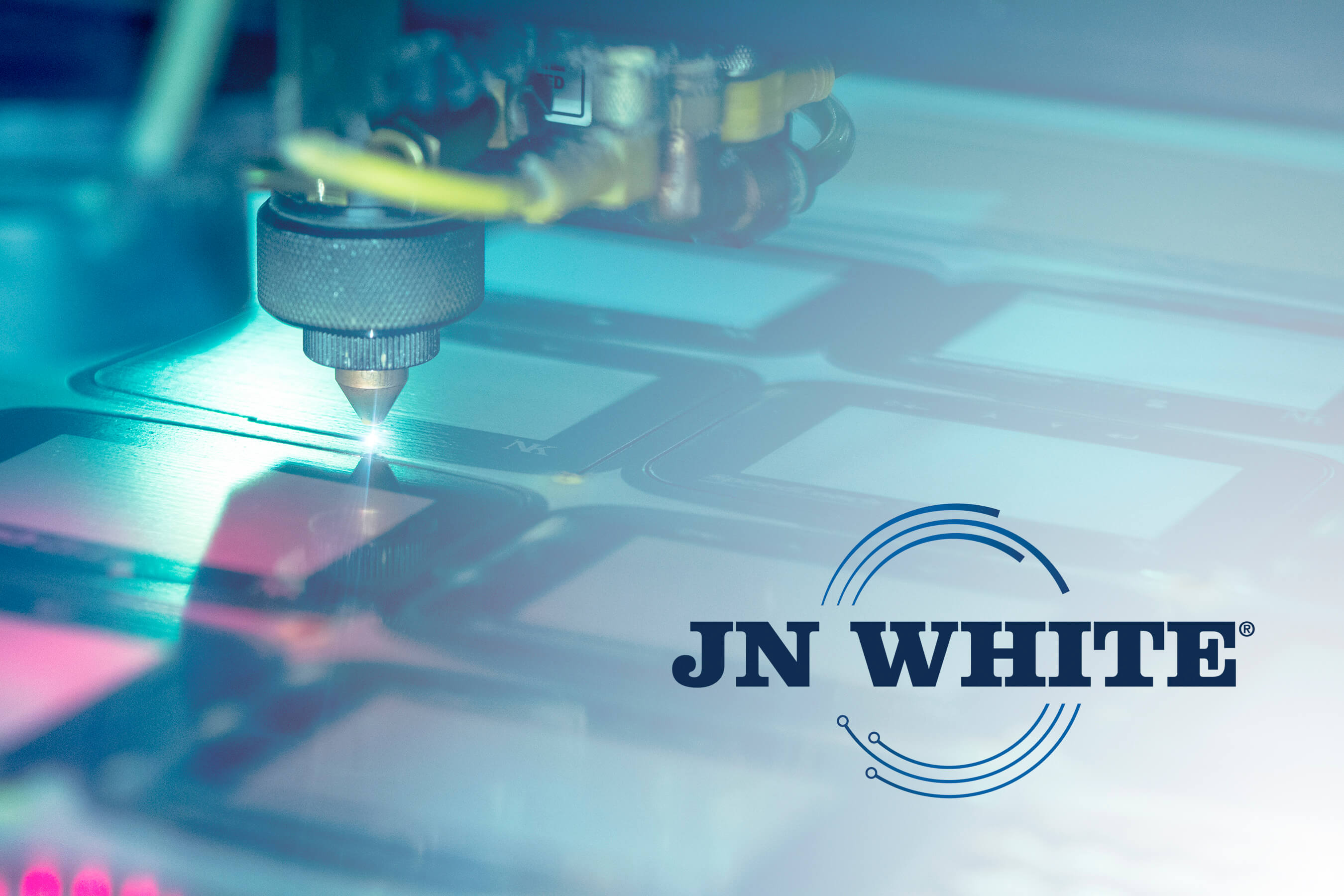 JN White® has been named a finalist for the prestigious Rochester Area Business Ethics Foundation’s ETHIE award. According to the RABEF, the award “recognizes businesses and organizations that do the right thing through strong ethical foundations, aspirations to high standards…

JN White is an ISO 9001:2015 and ITAR-certified manufacturer of membrane switches, graphic overlays, and custom labels. All of our products are Made In The U.S.A. We specialize in the design and manufacture of complex graphic overlays, complex membrane switch keyboards, assembly and membrane switch testing. Our supporting products and services include: rapid prototyping; electronic shielding (ESD); backlighting (including addressable LEDs); design & development; vendor managed inventory (VMI); and medical device, UDI and UL label constructions. JN White works with global brands in the aerospace, medical device, medical instruments, industrial electronics, consumer appliance and defense (or military/DoD) industries. Made in America. Made in the U.S.